Today's journey was really a day just to get from A to B. There certainly wasn't much to see along the drive. But what there was to see we stopped at. The mounds of dirt from the Opal Mines went on for quite a while after leaving Coober Pedy, a lot further afield than I had imagined.

Next stop was for a driver change at Pootnouri Rest Area. Nothing just a lot of open space and a lot of rubbish either people had left behind or had blown out of the bins.

Our next stop was at Cadney Station for a bite to eat. We both had Egg and Bacon Toasted Sandwiches and I must say they were the best I have ever had. Our next stop was our destination for the night Marla. This stop was developed as a truck stop and grown from that. It is really only one building but it is actually quite a nice caravan park, clean toilets and showers, Pool, Restaurant and Pub, small supermarket and a little shop that sells Aboriginal paintings and artefacts.  But I think I got most excited about seeing nice green grass again. Didn't realise I had missed it!!
Also for my readers I took a photo of a map of Australia and highlighted in bright pink our journey so far.  I will show this map every now and then. 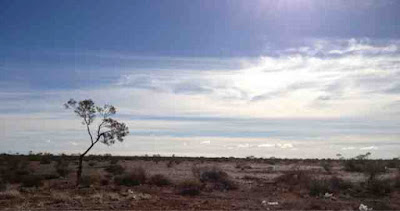 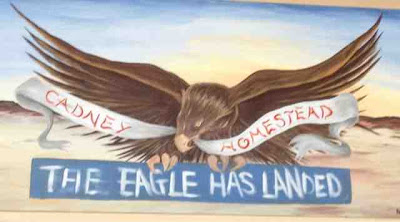 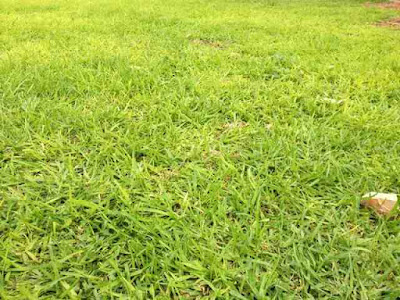 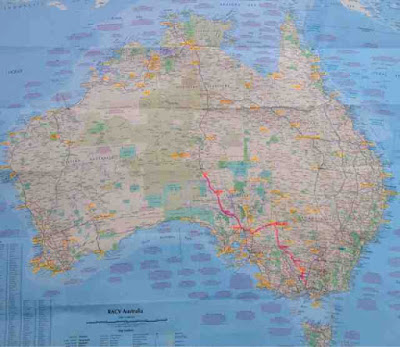