After much self-debating on what theme/story to tell for my Project 2 of my Photography and Social Media course and I have finally decided to go with “Colours of the Queen Victoria Market”. I have always and still do enjoy visiting this Melbourne landmark on a regular basis. So in my 10 photos I am going to endeavour to give the viewer the vibrant feeling I always feel at the market.

Content and Context
The content I have chosen to submit are the colours of the Queen Victoria Market in Melbourne. In the shots I have included some graffiti, fruit, vegetables, meat and seafood that is the heart of the market. I have chosen these photos as I feel they all convey the true colours, sights and feelings of the Queen Victoria Market. Each visit to this market confronts me with the same food but the sights and experiences I am bombarded with are different every time.

Composition and Technique
As with my Project 1, instead of using my DSLR I have challenged myself to only take photos using my iPhone. Using my iPhone made the process of taking the shots in sometimes a very crowded busy market a lot easier and spontaneous.  I have modified some of the images on the apps in my iPhone and also in Photoshop Elements on my laptop.

Project 2 Editing
I am submitting my 10 photos portraying the colours of Melbourne’s Queen Victoria Market and I am hoping they convey a bit of my joy during my visits. My theme is “Colours of the Queen Victoria Market”. I am using Tumblr http://davinerae.tumblr.com/ and my blog http://53buddhas.blogspot.com.au/ as my digital journal.

With my UTAS Photography and Social Media course almost at an end I thought it time I do a short summary of where this course has taken me and what I have learned. I have been interested in photography for a long time and taken many shots over this time. But I have found through the process of looking at other photographers work and exposing myself to a much wider range of work I am now looking at what I photograph in a much different manner.
I have also found I have had to discard some of my views on my photography and just go with the flow. I thought I had never produced themes before, but looking back I have been photographing themes without realising it. In fact I love themes. After much self talk I have decided to construct my theme around "Colours of the Queen Victoria Market".
I have also found a few sites I have found inspiration in are Steve McCurry on https://facebook.com/stevemccurrystudios
I love the way his images catch people just doing what they do in their everyday lives.
Another site I have found inspiration from is The Hungry Australian.
Following are a few of my reject shots I thought I might use as my themes.

For a number of years when I worked in Collins St. in the heart of Melbourne CBD, I would always see these little gold circles and bigger gold discs in the footpath saying "The Golden Mile". I would always say to myself - One day I will walk the Golden Mile and learn about it and this week was the week for me to do it. I could have done a guided tour that takes about 2 hours, but me being me I know I always venture off and find other interesting things along the way so I thought it best I do the self guided tour that I could upload via an app on my phone.
What is the "Golden Mile" I hear you ask. On the Golden Mile you trace the story of how migration and the immense wealth from gold shaped Melbourne. From 1835 when the first European settlers sailed up the Yarra River, to 1901 when "Marvellous Melbourne" became the first capitol of Australia. Looking out from the steps of the Immigration Museum, the former Customs House it is hard to believe that the sight I now see was Melbourne's earliest landing point.
The Mitre Tavern a place I have frequented a number of times in the past, has been a long time favourite for Melbourne lawyers and sporting men. The Tavern has occupied this site since the 1860's.
The intersection of Collins and Queen streets was transformed into the banking hub of Melbourne back in the 1880's.The classical Bank of Australasia was erected in 1878, contrasts with the Gothic extravagance of the English, Scottish and Australia Bank  which was built in 1880-83. On the north west corner the National Mutual Life Company (now the Bank of New Zealand) was erected in 1891-93. But I think my favourite out of these amazing buildings would have to be William Pitts Stock Exchange Building (now ANZ Banking Museum)  built back in 1889. My ex- husband worked many years at this intersection and I was there a lot and I can't believe I have never ventured into this totally amazing space. The beauty actually took my breath away.

Further along my journey, behind the modern façade of 333 Collins St is the amazing domed banking chamber of the former Commercial Bank of Australia. Even though this foyer can be busy with city workers walking to and fro, it is for some reason a very peaceful place to sit and people watch and admire the amazing work in the dome.
While working in the city I would often wander into the beautiful Block Arcade and salivate at the delicacies in the window of the Hopetoun Tea Rooms. Established in the late 1890's by Lady Hoptoun for the Victorian Ladies' Work Association.
The top of Collins was the place for the upper class Melbournians as it was once a very fashionable residential address to have. Even today a handful of town houses and terraces remain. The Russell intersection has St. Michael's Uniting Church, a Romanesque style (1866) and it's Gothic neighbour Scots Church 1873. Joseph Reed was the designer of both these churches and David Mitchell, Scottish stonemason, gold rush immigrant and father of diva Dame Nellie Melba built Scots' Church.
After walking past many historic locations such as The Melbourne Club, Melbourne Lodge, Parliament House, Old Treasury Buildings, Princess Theatre, Chinatown, the Royal Society of Victoria I arrived at the Carlton Gardens and the beautiful Royal Exhibition Buildings. Joseph Reed's design for the exhibition Building, World Heritage listed in 2004, have been built in a design known as Rundbogenstil (round arch style). I fully intend to do a guided tour in this building as soon as possible as it has the most beautiful interior.
But with that my self guided tour had ended and with my sore feet I headed to the station to head home.
It's amazing how someone can grow up in a city and not be aware of certain things until they reach 62, I am so glad I have committed to my weekly explorations.
Posted by Davine at 5:26:00 PM No comments:

I have always loved the Vic. Market, from a little girl enjoying the sights and sounds with my parents, to a Mum taking my children there to experience the many smells and sights. And now as a grown up who can head there and just wander, not necessarily buying anything but soaking up the people, the colours and everything else the Queen Victoria market can throw at my senses.
In it's 130 years this market has had many faces, many changes and many many stories. It has been a livestock market, a wholesale fruit and vegetable market and a cemetery. Between 1837 and 1854 much of the land the market now stands on was the site of Melbourne's first official cemetery, housing the remains of an estimated 10,000 early settlers including those of John Batman. When the market was extended in 1917, 914 bodies were exhumed and re-interred at various other cemeteries around Melbourne. But numerous bodies remain buried beneath the existing carpark. I am not sure why they were not moved but from what I have read it is because there were no records of who the graves were for as the red gum headstones had been stolen for firewood. Also official records had previously been destroyed in a fire at the Melbourne Town Hall.

But even though that gives me food for thought when I park my car, I still love heading to the Vic. Market early on Saturday mornings to buy some fresh seafood, meat, fruit and vegies and take photos of the colours of the Queen Victoria Market.
Posted by Davine at 12:03:00 PM No comments:

Year of the Monkey

The Monkey's strengths are said to be Brilliant, Independent, Honest, Cordial and Positive. Weaknesses are supposed to be Irritable, Impetuous, Easily Frustrated. They are also said to be Loyal, Faithful, Steady and Responsible. My son Shane was born in the year of the Monkey (1980) and I don't agree with all the above but some is spot on. 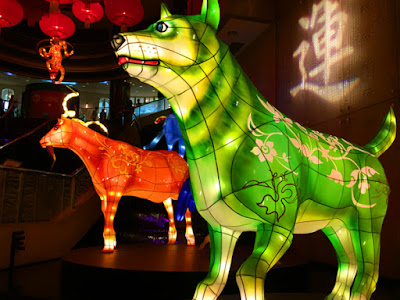 Which Theme or Story should I choose?

On this journey to my final project submission for my UTAS course Photography and Social Media Course I have come across so many themes I want to cover and stories I want to tell. I have gone from Melbourne's Graffiti to 10 Things to do in Melbourne to Colours of Vic. Market to Letterboxes to Doors !! But at least I think I have my choice down to two - Colours of the Queen Victoria market  or Doors of Montsalvat. Maybe I'll just do both and then decide which one I will submit. I would really love your feedback. 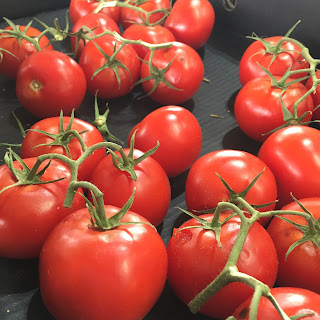 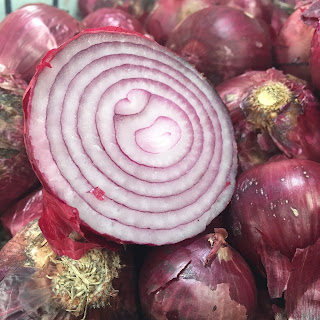 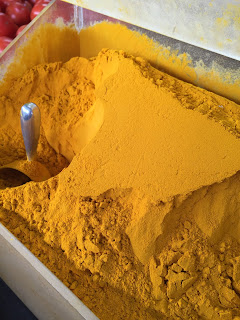 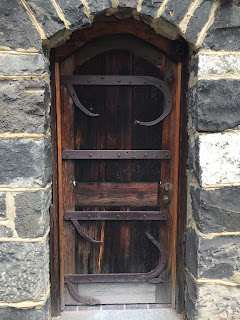 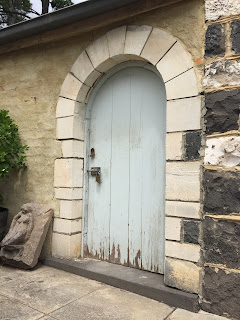 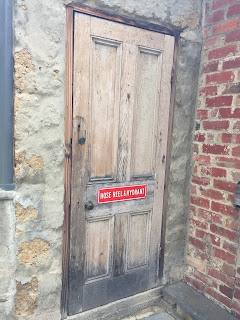 This weeks exploration was to Montsalvat, Australia's oldest artists'community. Located only three minutes from my home it was a great location to head to for an afternoon. Originally established in 1934 by Justus Jorgenson, Montsalvat, classified by the National Trust is home to many beautiful buildings, houses and halls set amongst over 12 acres. Montsalvat's history, as is today a place that nurtures art in all it's forms - painting, sculpture, photography, drawing, musical performance and instrument making and many more. Currently Montsalvat beautiful grounds are used for performances, weddings, exhibitions and many artists continue to reside in Montsalvat. 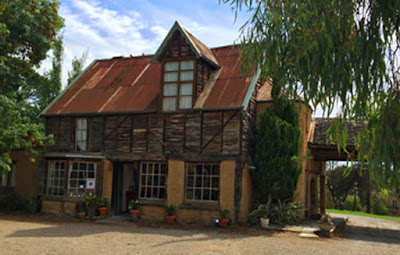 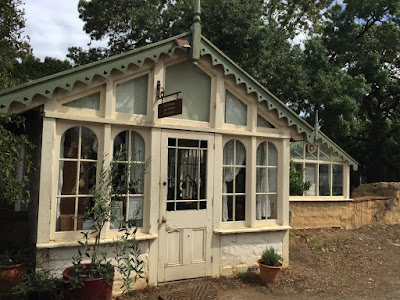 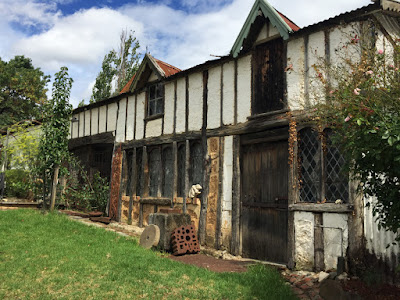 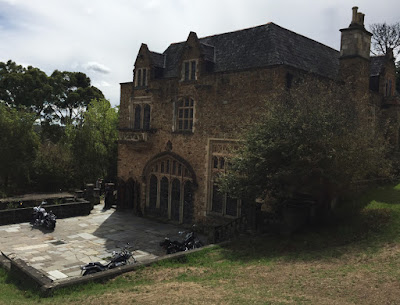 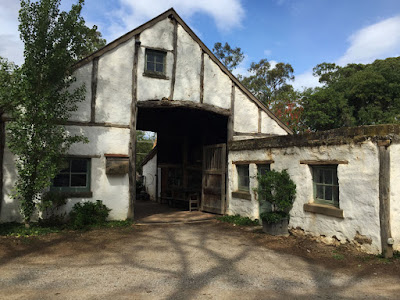 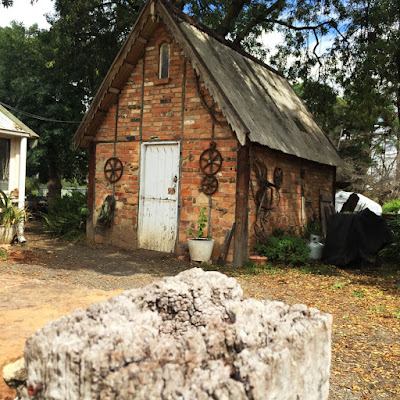