Leaving Ardrossan we headed north away from the coast. It will be strange being away from the ocean after spending so much time with wet feet. The first town we pulled into was a tiny village with a huge history - Snowtown.


I sort of felt a bit ghoulish taking photos of this building but it is part of our Aussie History now.

Back in 1999  this unassuming building took Snowtown to the forefront of the Australian news. On May 20 1999, the remains of eight victims were found by the South Australian Police in six plastic barrels in an unused bank vault in Snowtown.

"The Snowtown Murders (also known as the bodies-in-barrels murders) was a series of homicides committed by John Bunting, Robert Wagner, and James Vlassakis between August 1992 and May 1999 in South Australia. A fourth person, Mark Haydon, was convicted for helping to dispose of the bodies. Only one of the victims was killed in Snowtown, which is approximately 140 kilometres north of Adelaide, and none of the eleven victims nor the perpetrators were from the town.
Though motivation for for the murders is unclear, the killers were led by Bunting to believe that the victims were paedophiles, homosexuals or "weak". In at least some instances, the murders were preceded by torture, and efforts were made to appropriate victims' social security payments and bank funds. 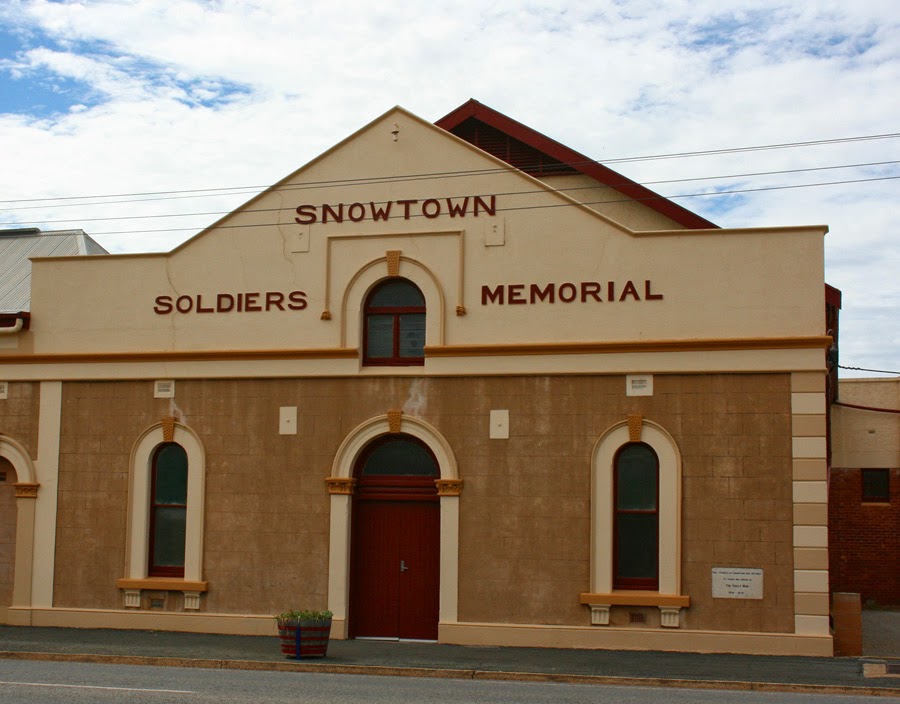 It wasn’t long before we had arrived at our destination for the night. Quorn is another small village with lots of beautiful old buildings. Quorn was surveyed in 1878 and named after Quorndon in Leicestershire, UK, as part of the preparations for building the railway line from Port Augusta. Even today Quorn's main attraction is based on it's railway history with the Pichi Richi Railway.
Posted by Davine at 5:50:00 PM