I have had so many Internet issues the last few day I haven't been able to update my blog. At one point I wanted to throw my laptop at the wall. So I will give it another try - hopefully it won't take an hour to load a photo!!
Our last island visit to Noumea was cancelled as there was a cyclone brewing and the captain decided it was just not a good idea for the ship to visit the port. So we had an extra day at sea, but as there was so much to do on the ship the days were filled with fun. On our last day we came into Sydney Harbour at day break and another spectacular sunrise. I am not sure why but there is something very emotional being on a ship sailing underneath the Sydney Harbour Bridge. 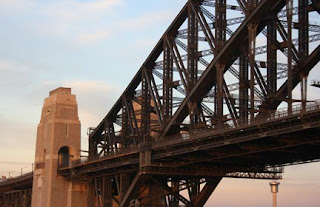 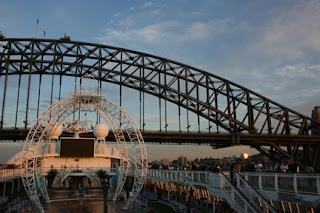 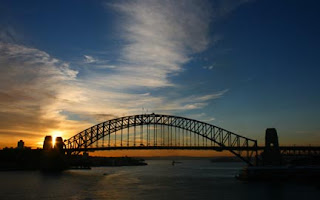 Email ThisBlogThis!Share to TwitterShare to FacebookShare to Pinterest
Labels: "Pieces Of Me", Paradise Sensation, Pieces Of Me