We all know that laughter is great for our soul but tonight I was reminded just how much fun it can be. We have Shanes Dad Jack (in his 80’s) staying with us for a few days. I was sitting at my laptop looking up words they were giving me. Neither of them are internet savvy at all so they were amazed at the information I was able to get. Then like two little boys they wanted me to look up the word “fart”. So like a good girl I am I did and I found the website “Facts on Farts”. Well I had the two of them laughing so much they were both in tears – actually I was in tears too. All this laughter reminded how laughter not only makes you feel good it really brings people together on a special level.


Here are some more facts about laughter from “Psychology Today”.
- Laughter plays a big role in mating. Men like women who laugh heartily in their presence.
- Both sexes laugh a lot, but females laugh more--126 percent more than their male counterparts. Men are more laugh-getters.
- The laughter of the female is the critical index of a healthy relationship
- Laughter in relationships declines dramatically as people age.
- Like yawning, laughter is contagious; the laugher of others is irresistible
- One of the best ways to stimulate laughter--and it's probably the most ancient way--is by tickling. Tickling is inherently social; we can't tickle ourselves.


“Living to Learn” update: Jack contributed to this addition as well. We were talking about words that were used back in the day and this one came up that I never knew.
Dodger : Meaning Bread (Dodger Bread) Originally from a British dialect term ‘dodge’ meaning ‘a large cut or slice of food’, it may also have entered Australia through the US which had the term ‘corn-dodger’ meaning ‘a cake of corn bread’ from the 1830s.
“Davine Time” update: Today my “Davine Time” was definitely doing something for someone else. My friend Alice had a shoulder operation on Wednesday and is now at home trying to deal with quite a bit of pain. I was really glad I was able to help her out today. 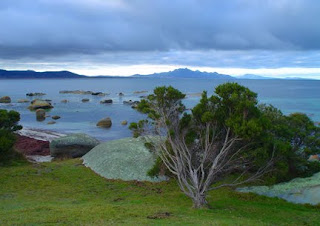