We arrived back in Queensland to one very warm day and spent the rest of the time in Brisbane dodging the raindrops and in some instance dealing with the thunder and lightening!! But we did still enjoy ourselves with a day in the city indulging in the fresh food at the Queens St Market that is on every Wednesday.

Then heading off on the ferry along the Brisbane River. Our timing was spot on too as the biggest storm was while we were undercover in the ferry.
Although we did get a little damp heading to the restaurant for lunch!!

We also had another day in the city visiting the very historic and pretty well known (here in Australia anyway) XXXX Brewery. Anyone who knows me, well knows I don't mind a nice cold beer and XXXX is probably my equal favourite with Tasmanian beers. XXXX Brewery began back in 1878 by two brothers Nicholas and Edward Fitzgerald to become Australia's most popular beer. In the 1900's they imported a new Master Brewer from Germany named Alhois William Leitner who solved all the issues they were having and developed the now famous recipe. After starting out in Castlemaine Victoria, the brothers decided they needed a world-class brewery (and warmer weather), so they packed up and moved the whole operation to Brisbane. And so the Castlemaine Perkins brewery was born, known today as the home of XXXX.

After a very busy day all we wanted to do was sleep, but we had read about a new tourist attraction that is a tribute to the famous Bee Gee's.

Now seeing Shane loves the Bee Gee's we had to go see this and night time seemed the best time. In the late 1950's the threes brothers Barry, Robin and Maurice Gibb were living on the Redcliffe Peninsula when they gathered around a microphone for the first time performed using the now world famous name the Bee Gees. This fantastic walkway that was only just opened in August 2015 is free and open every day and night. Bee Gee's way has been developed in conjunction with the last remaining member Barry Gibb features:

I was so glad we went it was really interesting and the music playing almost got me dancing (my hips were swinging and my feet a''tapping. 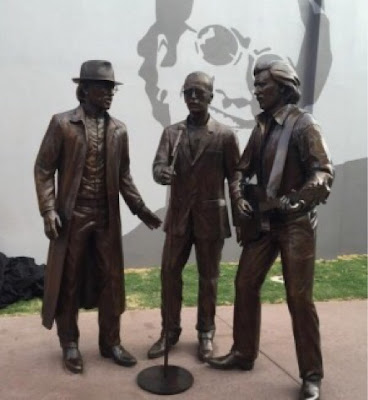 The only downside to the whole day was when I got home and plugged my phone into my laptop to upload my photos something happened and all my photos from the day disappeared never to be found!!!! So the photos I have added from XXXX and the Bee Gees walkway are from their advertising websites.
We are now in Tweed Heads, that is just over the Queensland/ New South Wales border on the NSW side. We have decided to have a lazy week here and maybe try some fishing, catch up with Shane's niece that lives here and his brother who is also visiting. Although last night wasn't so quiet, Shane wanted to surprise me with something I had never done before??? We went to the Boxing!!! I must admit I am not a big fan, an although it was interesting I don't think I have been converted. I know they have to learn but a couple of fight the boxers were only 12 years old. The mother in me just wanted to give them a hug. 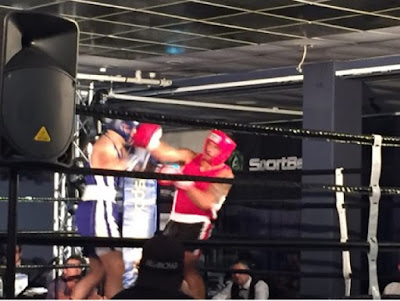 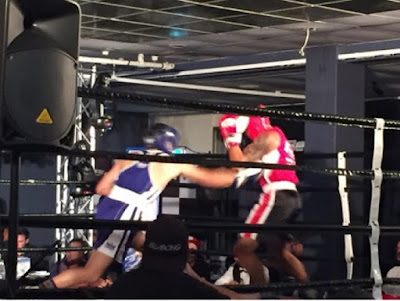