After another very short drive we have arrived in Urunga, another delightful small seaside village. Once again we are positioned between the ocean and a river. Often described as the place where the rivers meet the sea, it is here where the Belligan and Kalang rivers flow into the Pacific Ocean. Only a few steps from where we are camped is the Urunga boardwalk which extends 1 kilometre out to the ocean between the Urunga Lagoon and the Belligan and Kalang rivers. 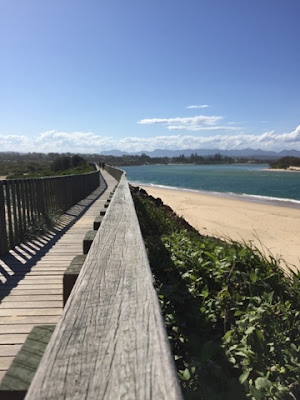 This regions attraction is not only the beaches but the hinterland is something to behold. Today we ventured inland along the Waterfall Way to the villages of Belligan, Dorrigo and Ebor. Belligan, affectionately referred to by the locals as "Bello" is quite an arty village with galleries, handmade arts and crafts as well an edgy music scene. 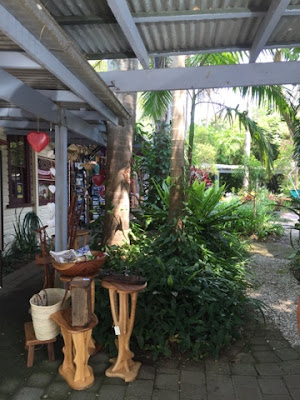 After driving up the spectacular mountain road we reached Dorrigo, which is situated on the Dorrigo Plateau. Two of the attractions in this area are the World Heritage listed Dorrigo National Park and the Dangar Falls. The Dangar Falls is a 30 metre high cascading waterfall across the Beilsdown River. 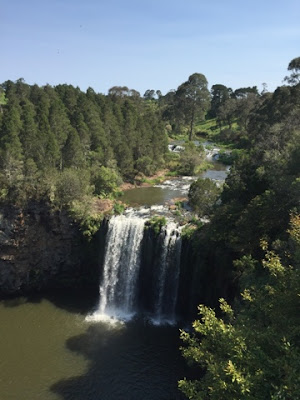 The last village on our road trip was Ebor which is a tiny hilltop village with a population of only around 160. This beautiful location is where you can watch the Guy Fawkes River plunge 100 metres over two waterfalls that are the Ebor Falls. 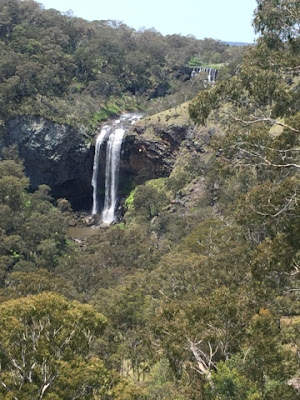 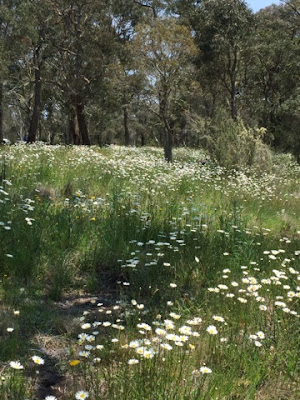