This morning we woke early to finish any last minute packing and to get our dog Zoe off to the kennels in preparation for our sojourn to Echuca. We will be in Echuca until Wednesday and staying in our camper trailer - Myrtle. This is only our second few days away in her and we are getting the hang of the process. So we headed of about 10.00am, deciding to just take our time and make the journey part of the adventure. So many times as I have done in the past is that you start driving to your destination and only think of your end destination. But so many wonderful things can be seen and experienced on the journey. After leaving Eltham the first main town we got to was Kilmore. Kilmore was a stronghold of early Celtic settlers from Ireland, Scotland and Cornwall, and remains a strong Celtic area to this day. Many of Kilmore's oldest buildings are made of bluestone including the hospital, old court house, former post office, some churches and goal. I have very fond childhood memories of this town, when I was a child we visited Kilmore regularly on a Sunday for my Dad and sometimes my Mum to play golf. I would spend the day having a wonderful adventure with the other kids. As I was an only child this was a great time for me to be amongst lots of other kids. While driving between Kilmore and our next stop Heathcote I had a moment of serenity. Normally when driving and the speed limit is 100kms you drive at that speed and zoom past the world. But when towing a camper you have to reduce you speed slightly - to help conserve fuel. At this reduced speed of only about 10kms it's amazing just how much more you see. So as we were driving along listening to Chicago sing away I had a total peaceful moment - so nice.
Arriving in Heathcote we decided it was time for lunch but then I noticed that the town market was on so that had to be visited before any eating was to be done. It was lovely walking around the market with the trees raining their golden leaves down on us. 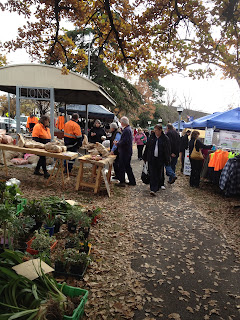 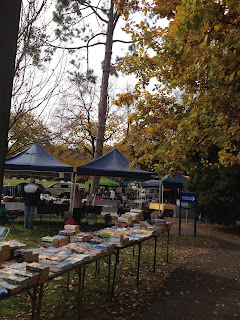 The settlement of Heathcote was as many towns in Victoria due to gold being found. Late in 1852 gold was discovered at McIvor Creek. Within six months some 40,000 miners were camped in the vicinity. It proved to be one of the richest finds during the Australian gold rushes, but the gold was so easily found that it was soon largely exhausted and by the end of the year a large proportion of the miners had already left for other recent finds. So now Heathcote is a sleepy but lovely little town. Once lunch was devoured it was off to Echuca.  So now I sit here in my beautiful little camper having just had a feed of yummy prawns for dinner. 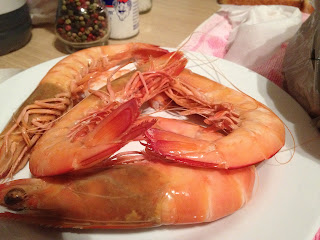 Shane is off at the pub watching the telly as his team Carlton play footy and I am sitting here enjoying the silence. So until tomorrow sweet dreams to all.
Posted by Davine at 7:27:00 PM

Email ThisBlogThis!Share to TwitterShare to FacebookShare to Pinterest
Labels: My World, Travelling Australia