Tonight's journal entry is going to be a short one because I am very tired. We didn't get a very restful sleep last night as it poured rain and the gale force winds blew so hard I was sure we would wake up in a different location - but all was well and we survived all but a bit tired. I have already mentioned the paddle steamers in Echuca. Well today Shane and I decided we would go on a lunch/cruise on the PS Emmylou. "The P.S. Emmylou is a Murray River paddlesteamer, driven by a completely restored 1906 steam engine, and built to the highest world classification standards. She was built locally during 1980-82 in the style of the 19th century paddleboats. She is 30 metres long and 10 metres wide, steel hulled and timber decked." We have been on a paddle streamer before but never for 2 hours and have a meal. I must say it was a very enjoyable couple of hours, even though the wind was still pretty gusty it seemed to be sheltered somewhat on the river. The meal we chose was Flathead Tails with chips and salad and it was yummy. 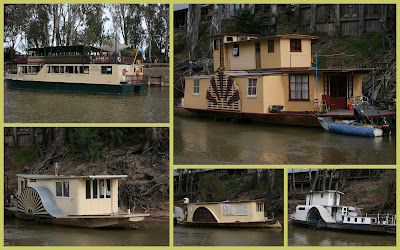 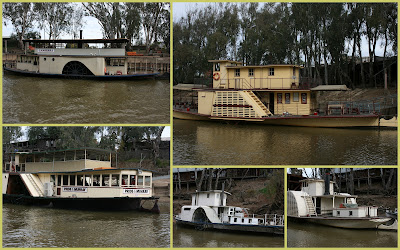 The Murray River has been through many floods and many droughts and the poor old trees have suffered. The roots of the trees had me mesmerised - I could see all sorts of things in them. 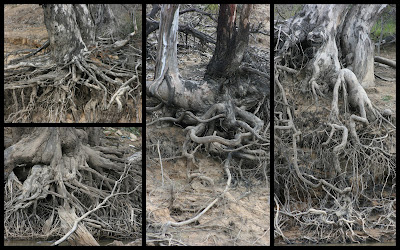 After the cruise Shane wanted to visit the Holden Museum. For those non Aussies out there Holden is part of Australia's history with the first model being produced in 1948. I learnt how to drive in a Holden, my first car was also a Holden. But Shane was in Holden heaven, during his life so far he has owned 3 or 4 of the models that were on show. There was one EH Model - 1964 - that he was convinced was his original one. I didn't like to shatter his dreams and tell him that there were probably thousands of this model still around. Thought I would just let him dream. 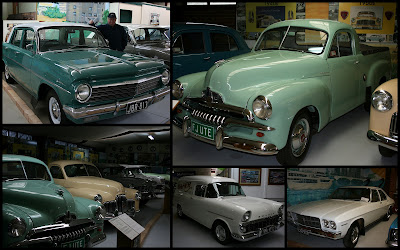 Tonight we went to the Moama RSL (Returned Serviceman's League) for dinner. Very nice it was too, but I am really going to have to stop eating this much when I get home or I will burst. We head home tomorrow back to normal life - well as normal as my life is anyway!! 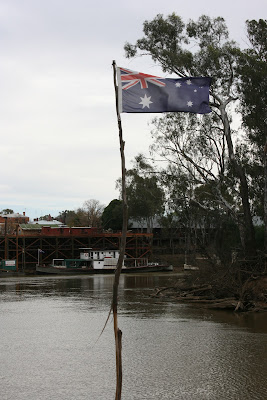 Email ThisBlogThis!Share to TwitterShare to FacebookShare to Pinterest
Labels: My World, Travelling Australia