Yeeeeaaahh!!! I'm finally in a location that has internet reception, so I have a few days to catch up on.
Once again we were off nice and early, leaving Alice Springs around 9.30am. We had decided to head for and spend the night at Devils Marbles (Karlu Karlu) Conservation Reserve. But there were a few locations I had read about that I wanted to stop at along the way.
First was the location where we crossed the Tropic of Capricorn. 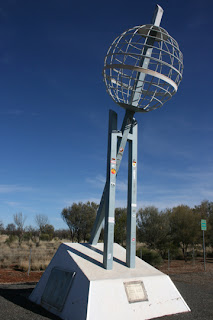 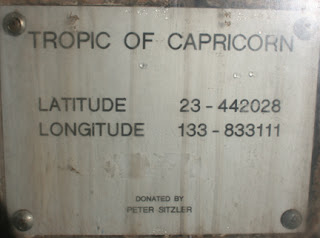 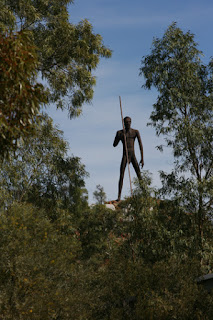 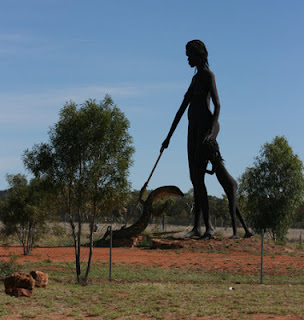 Next stop was for petrol at a little township called Wycliffe Well, which claim to fame is supposedly being the UFO Capital of Australia. I found it a bit tacky, but each to their own!! 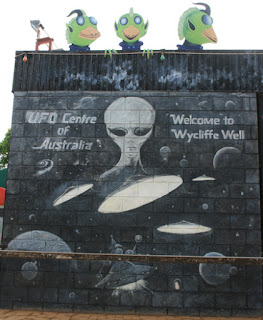 Then we reached our final stop for the day and that was at Karlu Karlu (Devils Marbles). Well I really can't put into words how amazing this camping spot is. As it is a national park and not a caravan park the cost was only $3.30 per person per night. We camped right in the middle of the marbles, the sight out of our camper window was amazing. Once again Northern Territory (NT) put on a superb sunset. 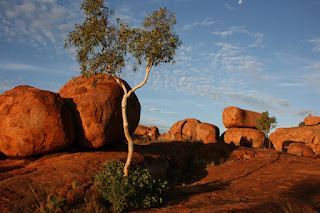 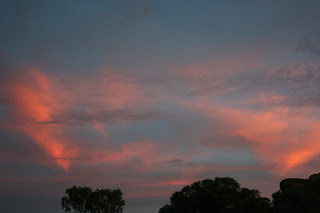