We decided to base ourselves in Rockhampton for a few days and drive around and see a few things in the area. Back February 19, 2015 this area was hit by category 5 severe Tropical Cyclone Marcia. Many hundreds of houses were damaged and Marcia caused in excess of A$750 million in damages. Driving around there is still a lot of evidence of this natural disaster. Yesterday we went for a tourist drive to Yeppoon then onto Emu Park and back to Rocky. Driving to Yeppoon there were so many trees down. Yeppoon is a real seaside village, renowned for its beaches and its tropical climate, so we decided to have brunch there. 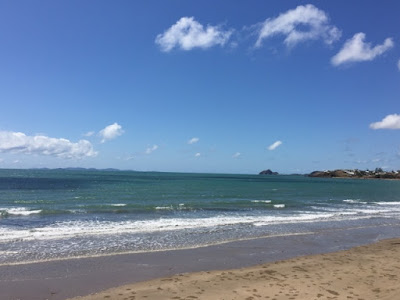 Next it was onto Emu Bay, which as Yeppoon it also has a real tropical, friendly feel. One attraction I had read about in Emu Park was the "Singing Ship Monument". I had no idea what it was but wanted to check it out. The Singing Ship commemorates Captain Cook's Bicentenery in 1970 and marks his discovery of the bay in May 1770. The memorial represents the billowing sail, mast and rigging of his ship Endeavour. Concealed organ pipes use the sea breeze to create eerie music. As it was quite a windy day we were treated to some amazing singing. 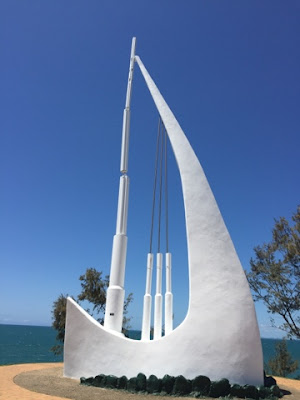 This morning we headed out of town to Mt Hay to do some more fossicking, this time for "Thunder Eggs". I hear you ask "What is a Thunder Egg?"
According to Wikipedia -

A thunderegg (or thunder egg) is a nodule-like rock, similar to a filled geode, that is formed within rhyolitic volcanic ash layers. Thundereggs are rough spheres, most about the size of a baseball—though they can range from less than an inch to over a metre across. 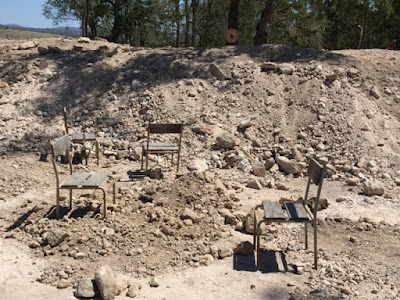 Once again we had heaps of fun and came away with some pretty impressive pieces of 12 million year old pieces of rock. 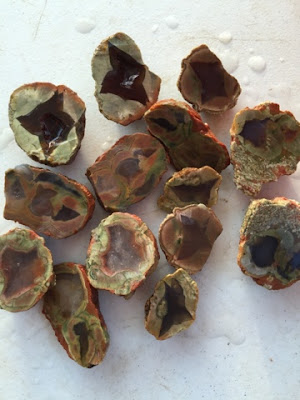 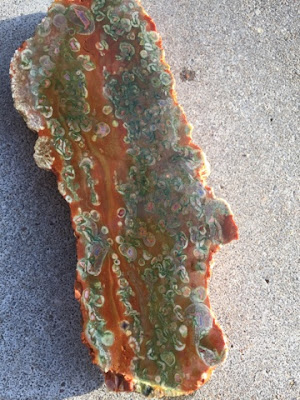 Who would have that inside this- 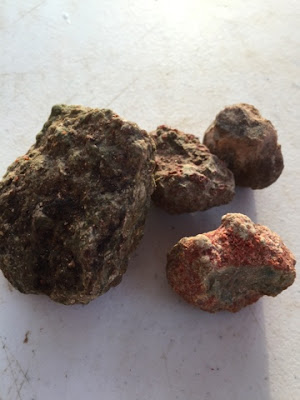 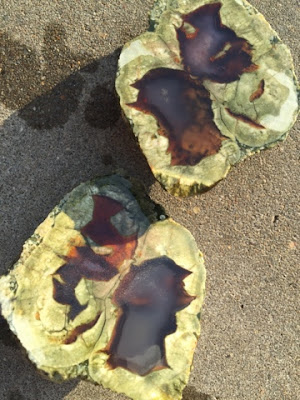 Email ThisBlogThis!Share to TwitterShare to FacebookShare to Pinterest
Labels: Fossicking Queensland, My World