Today started of with a lovely breakfast at Darwin's Waterfront with Shane, Morry, John and Matt before Shane I headed back to Myrtle and the three boys jumped on a plane back to Melbourne. 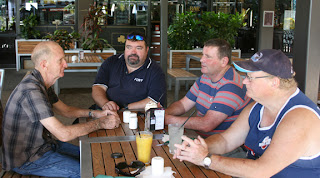 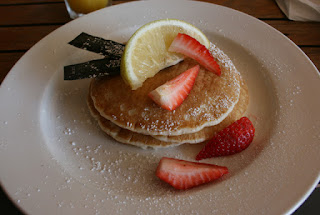 After bidding them farewell and hugs and kisses as we won't see them for quite a while Shane and I decided to have a look around the waterfront. As with most cities on the coast that the beaches are unsafe (Darwin beaches are inhabited by crocodiles) there is usually a man made beach. Darwin's beach is very nice and they also have a Wave Pool which looks a lot of fun. 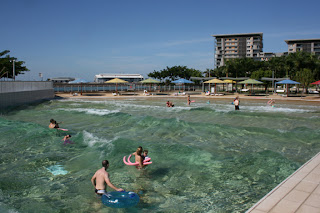 Then we walked to the historic WW11 Oil Storage Tanks. Purpose-built at great cost as an alternative to the aboveground oil storage facilities at Stokes Hill, the eight oil tunnels at Kitchener Drive were ultimately never used. In theory, the tunnels offered the ideal solution to the oil storage problems faced by Darwin; namely, that the aboveground tanks were far too susceptible to enemy bombing. Yet circumstances conspired to reveal their impracticality. Tunnel No. 5 looks much as it did in 1945. 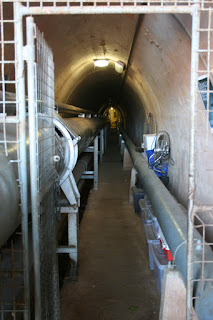