After a few days without Internet coverage I am now in a town called Kingaroy and I'm able to catch up on where I've been. After leaving Mackay our first nights stop was at the St Lawrence Recreation Grounds. The recreation grounds are run by volunteers and they kept the amenities block the cleanest I have ever seen for a rec ground. These grounds are situated next to a vast wetlands that had literally thousands of Magpie Geese.When I walked down to have a look I was also greeted by 22 Grey Kangaroos. This amazing sight was quite a bonus. 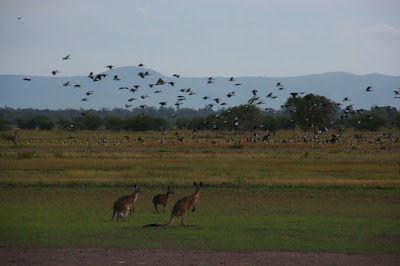 The next day it was off to a very tiny settlement called Dululu. As we pulled in I thought this spot was a bit ordinary, but as it turned out it was quite a nice quiet bush setting for the night.

Our next night was another free camp in Mulgildie, another tiny township. But this time we were literally camped in the car park of the Mulgildie Pub. The camp was free but seeing we were at a pub we decided to have dinner there and it was very tasty. 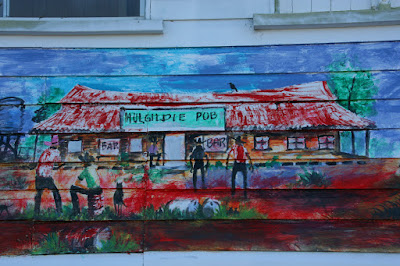 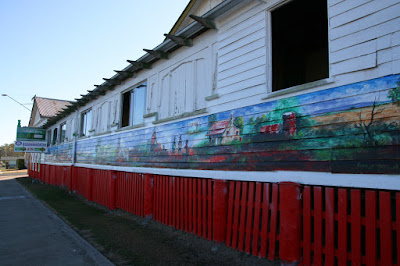 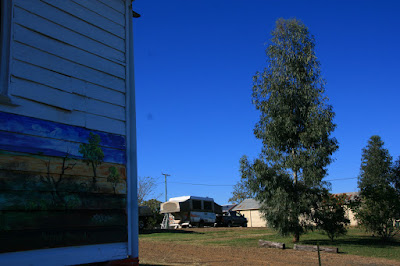 We are now in Kingaroy which is known as the "Peanut Capital of Australia"because Australia's largest peanut processing plant is located in the town and the peanut silos dominate the skyline. 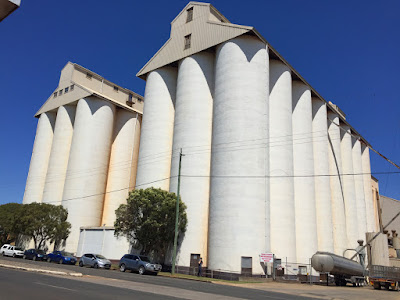