Well Christmas Day for 2014 is done and dusted, how was yours? Mine was fantastic as I got to spend it with my whole family. We had the day at my daughter Rachel's house and she did such a wonderful job organising the day for 18 people - although my car was pretty full of food, alcohol, crockery, cutlery and various other items needed to accommodate all those people. Attending was Rachel her fiancee Luke and daughters Clare and Mikayla. Luke's Dad Ian and brother Chad, Dianne and their new baby Marly. My son Shane his wife Stacey and their boys O'Shea and Finn. Also my ex-husband Paul with his wife Betty and their two sons Nick and Dean. Back 21 years ago when Paul and I were divorced who would have thought that we would someday be spending Christmas together. Even though it was a pretty civilised divorce I would never have thought life would become so comfortable. It's a shame as I know of so many families that are so filled with hatred they can't see the damage their hatred is doing to their loved ones around the such as their children. I know of some situations where one of the couple do their utmost to turn their adult children against the other parent. Why! Why would any parent be so cruel as to to do that to their child, small or grown. Life is to short to have any hatred, spite or revenge burning inside you. Don't get me wrong there were times when I wanted some sort of revenge. Like the time I wanted to cut one of the legs of his Hugo Boss suites but all I could think about was how expensive they were. So what did I do?? I took them outside and jumped on them. It got my frustrations out and I was once again relatively settled. But getting back to my point. Sitting at the table on Christmas Day with my whole family I realized that way back when our hurt was so bad Paul and I did the right thing for our children and now we both get to enjoy our two wonderful grown children with their partners and their children. All I can say is "Who would have thought"??

If their is anyone out there going through the crap of separation/divorce please try and remember that that hatred is really only hurting you and your children if you have any. I'm not saying you can't dislike the other person more than any one else on this earth but please don't let it govern your future. Wishing you all the very best Christmas Wishes. 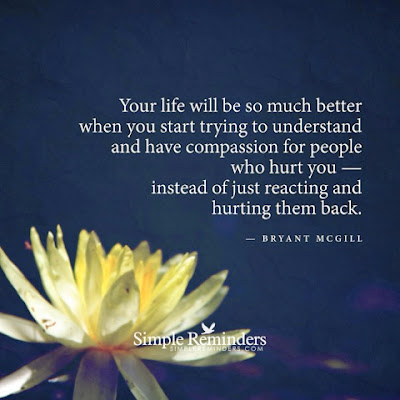