I was to devastated to write a post yesterday. For any non Aussies out there we have a National Football League called "AFL" - Australian Football League. Those of us crazy people that follow "AFL" are pretty passionate about our team. My team is St. Kilda Saints and along with my dear old Dad have followed them all my life. Yesterday was the Grand Final between Geelong Cats and - yes - the Saints. It was a really good game until the last quarter and Geelong got a couple of goals and then the siren went. It has been 43 years since the "Saints" won their last Grand Final, but alas the drought won't be broken this year. As the saying goes "There is Always 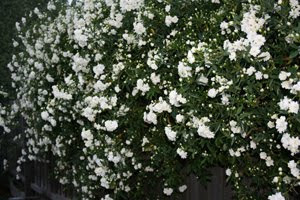 Next Year". Not much consolation when your team has just lost a final. 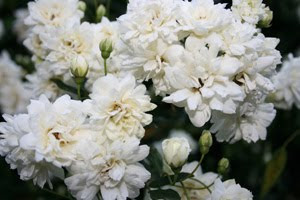 But I refuse to end my post on a downer, so I took some shots of the beautiful climbing rose on my driveway fence. As I get out of the car I brush the blooms and am surrounded by their wonderful smell.
Posted by Davine at 6:23:00 PM